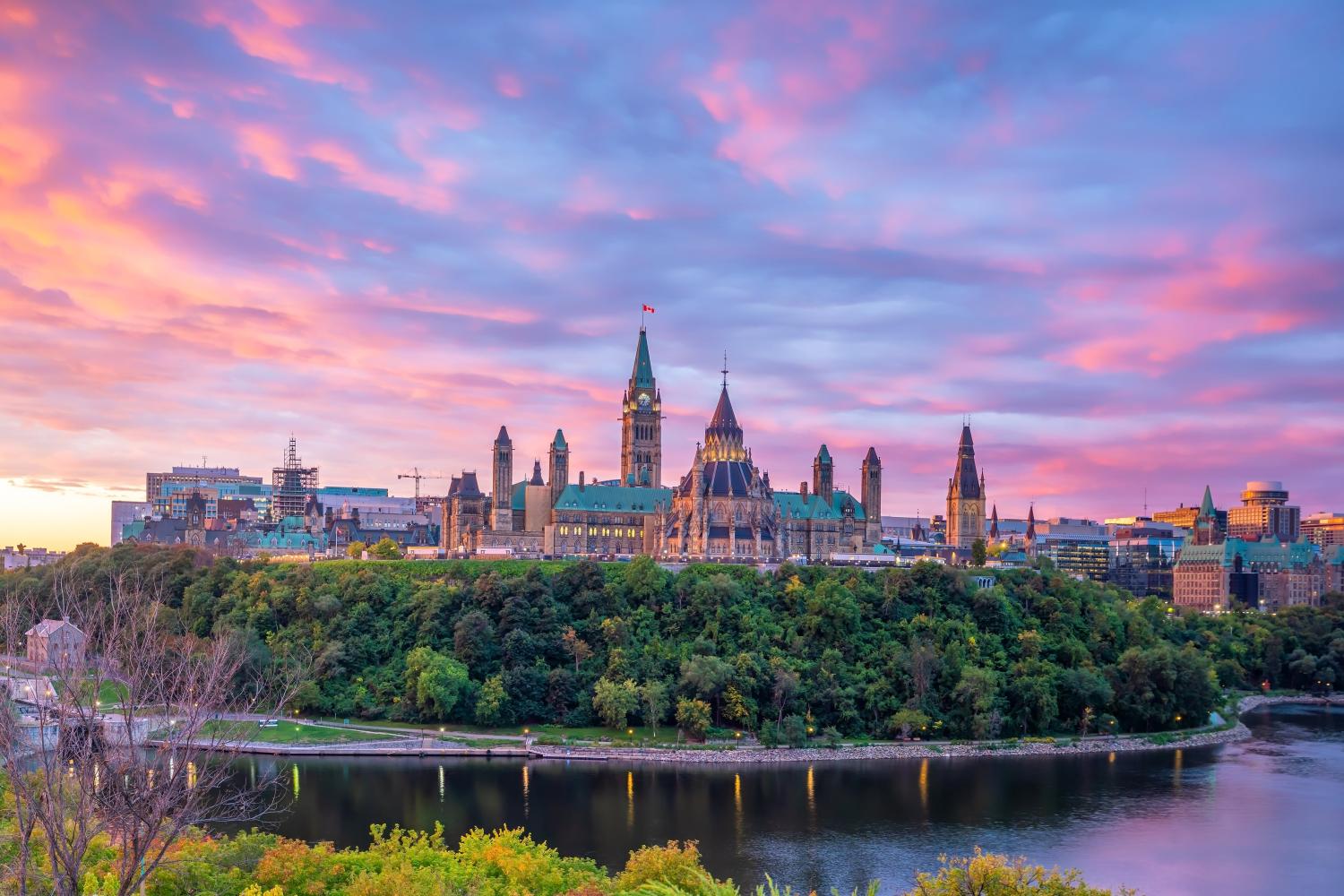 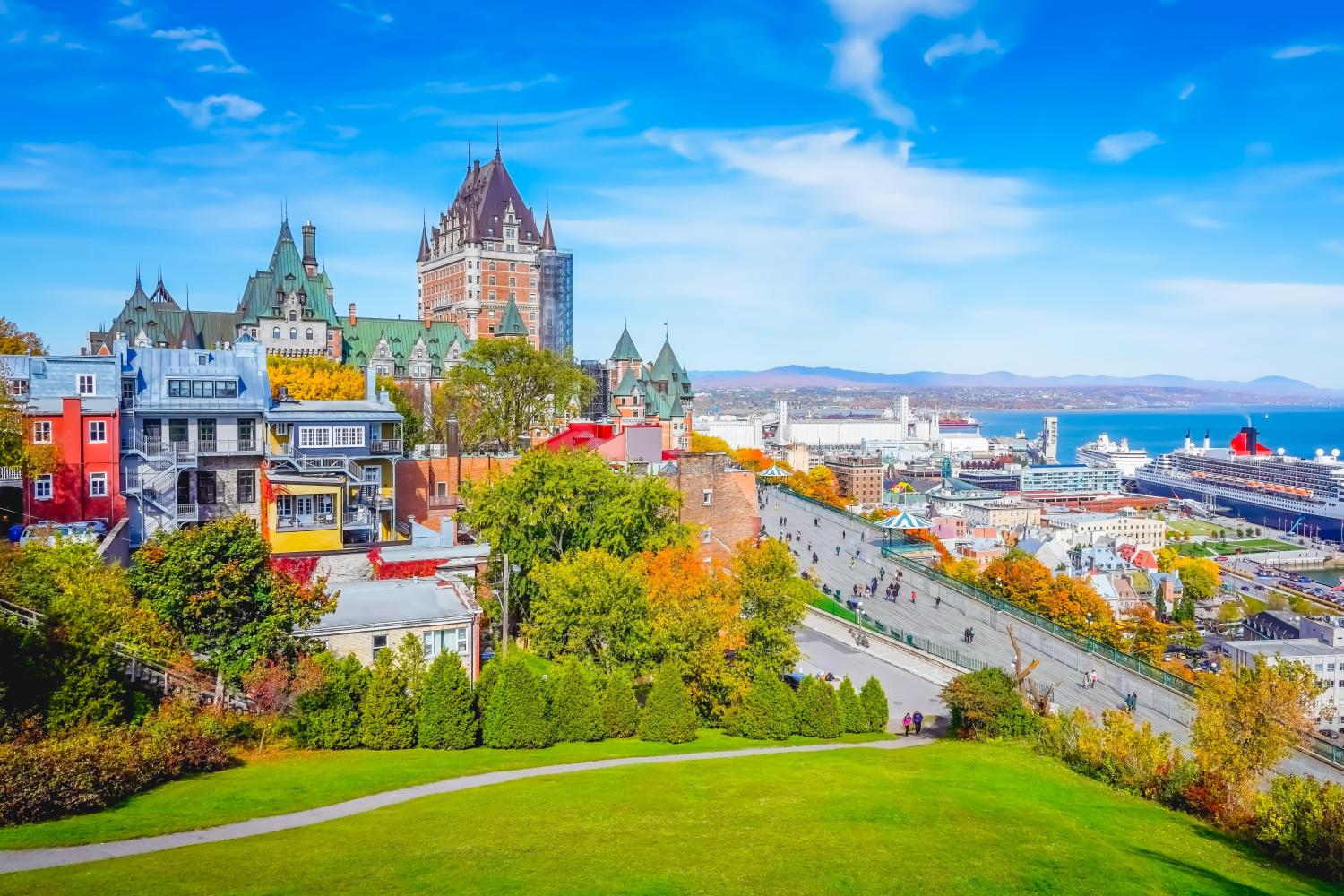 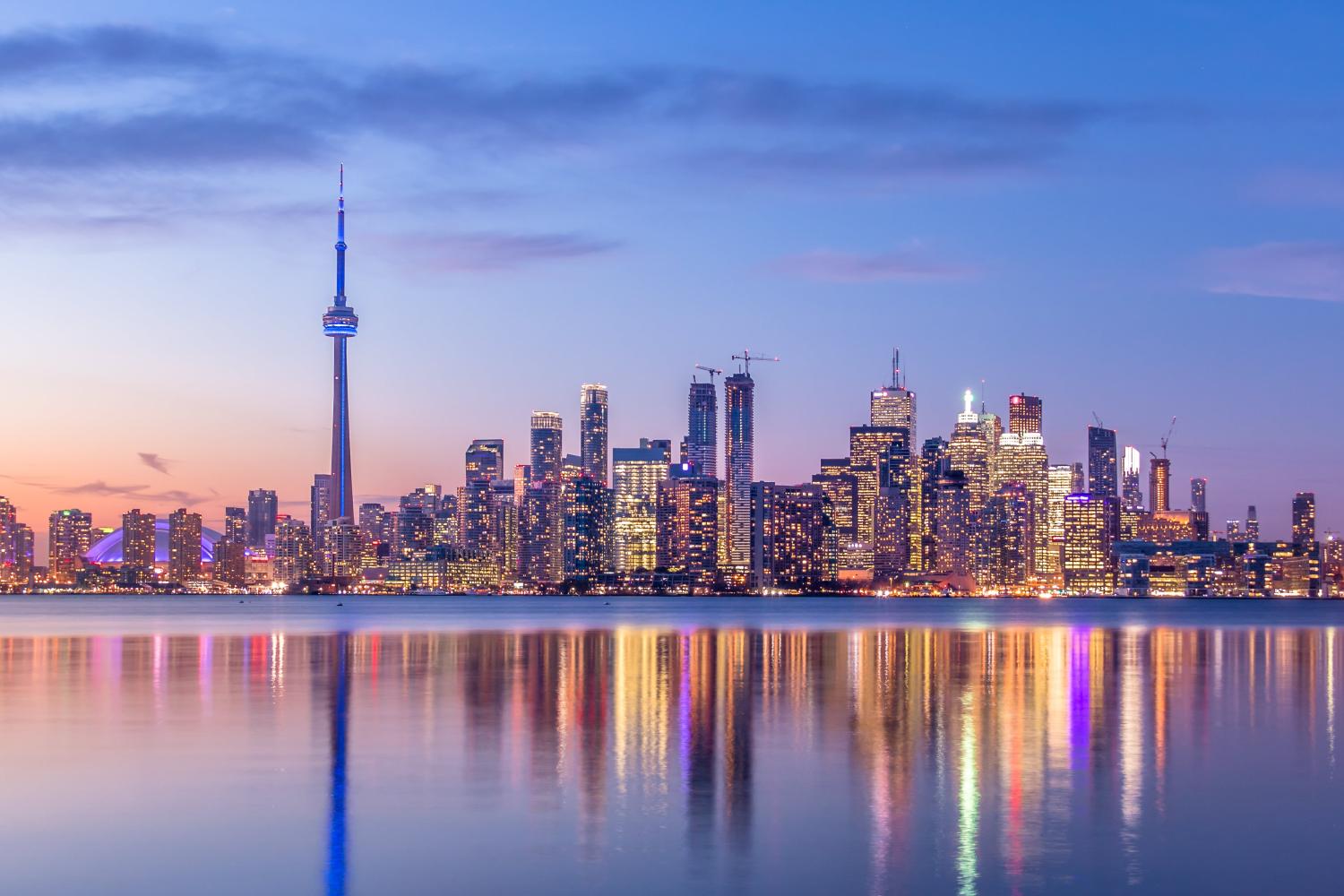 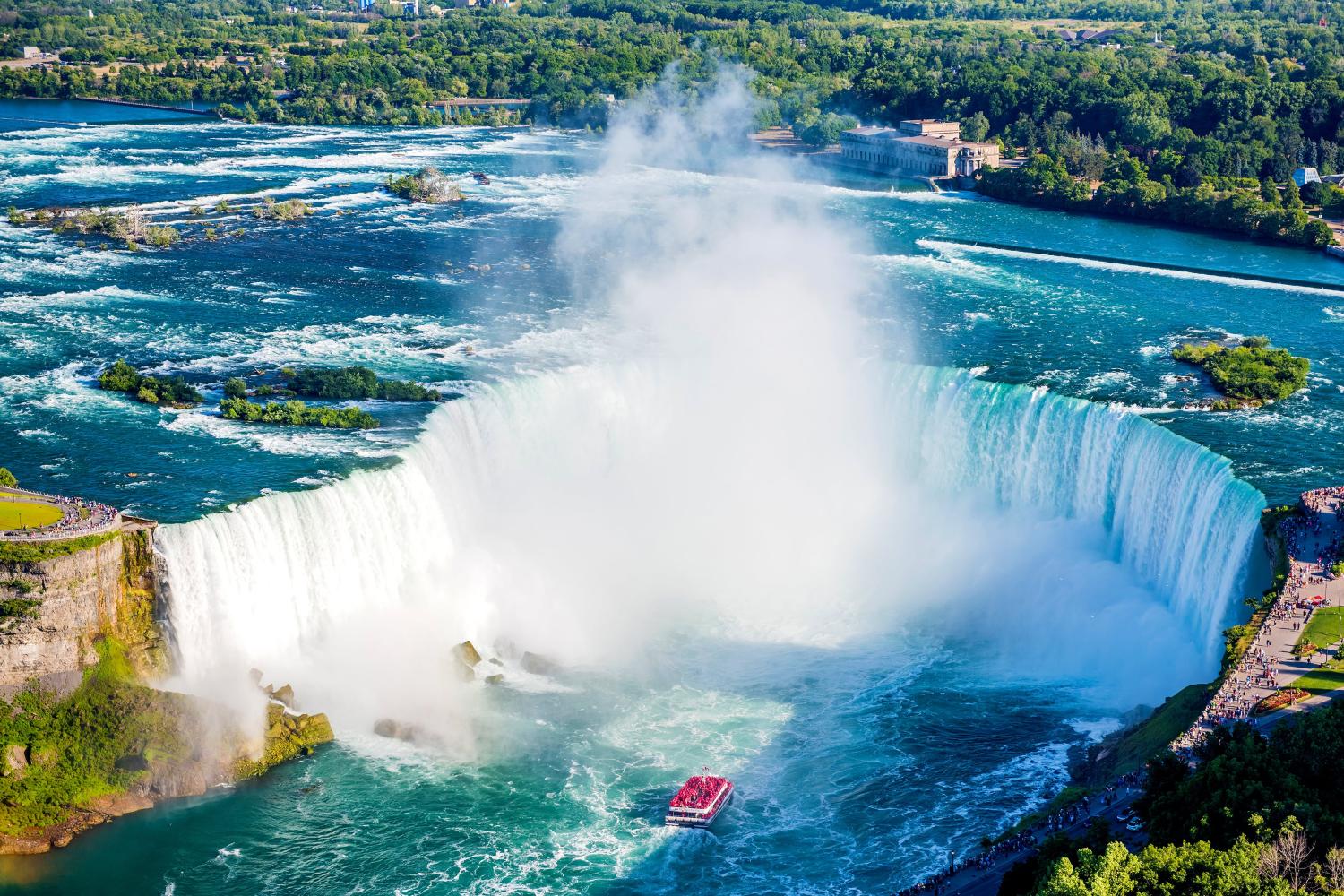 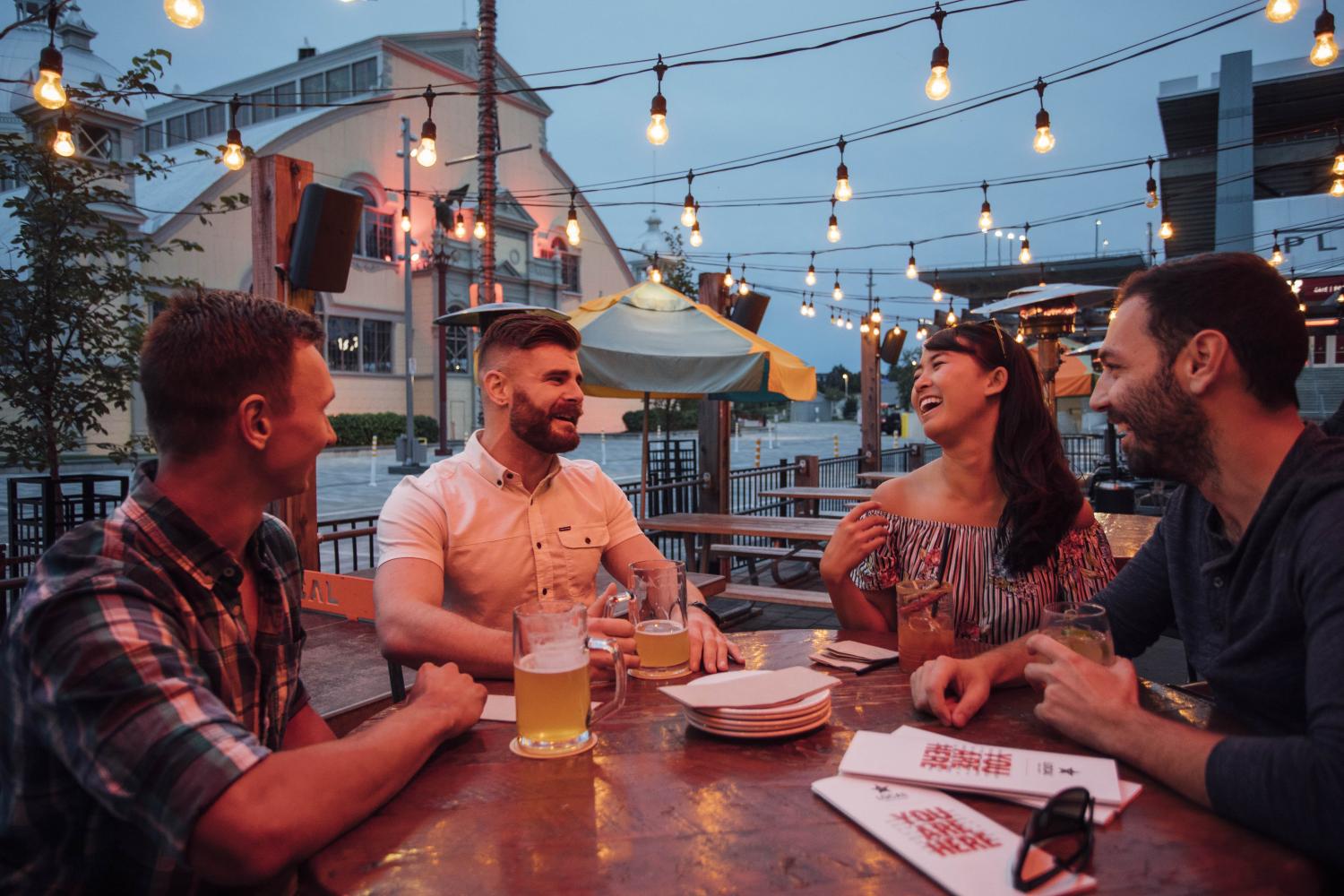 reflection of your level of satisfaction with the services provided. The amount is left to your discretion

DAY 1 - ARRIVAL IN TORONTO (MONDAY)
Arrive at Toronto’s Pearson International Airport and transfer independently to your downtown hotel. After checking in with your tour director, the remainder of the day is free to explore the streets of this dynamic city. Discover the delights of Toronto’s colourful neighbourhoods, take a ride to the top of the CN Tower, experience the lively theatre district and indulge in one of the numerous restaurants. Overnight in Toronto.

Accommodation at the Courtyard by Marriott, Toronto, or similar

DAY 2 - TORONTO / NIAGARA FALLS EXCURSION(SUNDAY)
This morning we meet our fellow travellers at breakfast before setting out to discover the many identities of the Canada’s most cosmopolitan city. After seeing the provincial parliament buildings, the waterfront, the imposing CN Tower and lively Chinatown, we leave the city and head for the Niagara Peninsula. We pass through outlying communities and towns along the shores of Lake Ontario en route to Niagara Falls. Time is allocated to admire the falls and take part in some of Niagara Falls numerous activities. Overnight in Toronto. Canadian breakfast included.

Accommodation at the Courtyard by Marriott, Toronto, or similar

DAY 3 - TORONTO TO OTTAWA (MONDAY)
We leave the Toronto skyline behind and drive east towards Ottawa. Our route then winds through rolling farmland, following the rivers and lakes of the Rideau Waterway. Upon arrival in Ottawa, we enjoy a sightseeing tour of the national capital. Defined by the Rideau Canal (designated by UNESCO as a World Heritage Site) and the government buildings on Parliament Hill, the city offers many great sights including the public gardens, the Byward Market and City Hall. Overnight in Ottawa. Canadian breakfast included.

Accommodation at the Capital Hill Hotel & Best Western PLUS Downtown, Ottawa, or similar

DAY 4 - OTTAWA TO QUEBEC CITY (TUESDAY)
This morning we travel along the scenic Ottawa River to the French-speaking province of Quebec. We skirt the magnificent Laurentians and follow the Chemin du Roy Highway past rustic Quebecois villages and historic shrines. Today’s journey ends in Quebec’s cultural heartland, Quebec City. We tour within the walls of the old city and view the ornate city gates, Lower Town, the Citadel and Battlefields Park. Overnight in the region of Quebec City. Continental breakfast included.

Accommodation at the Hotel Ambassadeur or Hotel Lindbergh, Quebec City, or similar *hotel in suburban area

DAY 5 - QUEBEC CITY (WEDNESDAY)
The day is at your leisure to further explore the sights of this charming World Heritage Site. You can enjoy an optional full day excursion to Tadoussac including 3-hours of whalewatching on the St. Lawrence River at the mouth of the Saguenay River aboard a regular boat. Upon return, we will visit the spectacular Montmorency Falls that are 30 metres higher than the Niagara Falls with a flow of roughly 35,000 litres of water per second (125,000 litres during the spring). Overnight in the region of Quebec City. Continental breakfast included.

Accommodation at the Hotel Ambassadeur or Hotel Lindbergh, Quebec City, or similar *hotel in suburban area

DAY 6 - QUEBEC CITY TO MONTREAL (THURSDAY)
Departing from Quebec City we drive along the St. Lawrence River in the footsteps of the early settlers. Upon arrival in Montreal, we tour the second- largest French-speaking city in the world. The dynamic city of Montreal encapsulates the two founding cultures of Canada and boasts a curious blend of history and modernity. Touring the downtown area we view the Olympic Complex, charming Old Montreal, McGill University, the residential streets of Mount Royal and the bustling shopping streets. Overnight in Montreal. Continental breakfast included.

DAY 7 - MONTREAL TO TORONTO (FRIDAY)
Today’s journey takes us back to Toronto. On route will be a stop in Rockport you have an option of enjoying an entertaining and relaxing cruise through the beautiful 1000 group of islands. Overnight in Toronto. Continental breakfast included.

DAY 8 - END OF TOUR (SATURDAY)
The time has come for some last-minute shopping and to say farewell to Canada. Individual transfer to Toronto’s Pearson International Airport in time to check in for your return flight. Continental breakfast included.