Published on 26 April 2022 by Izabela Jaroszynski 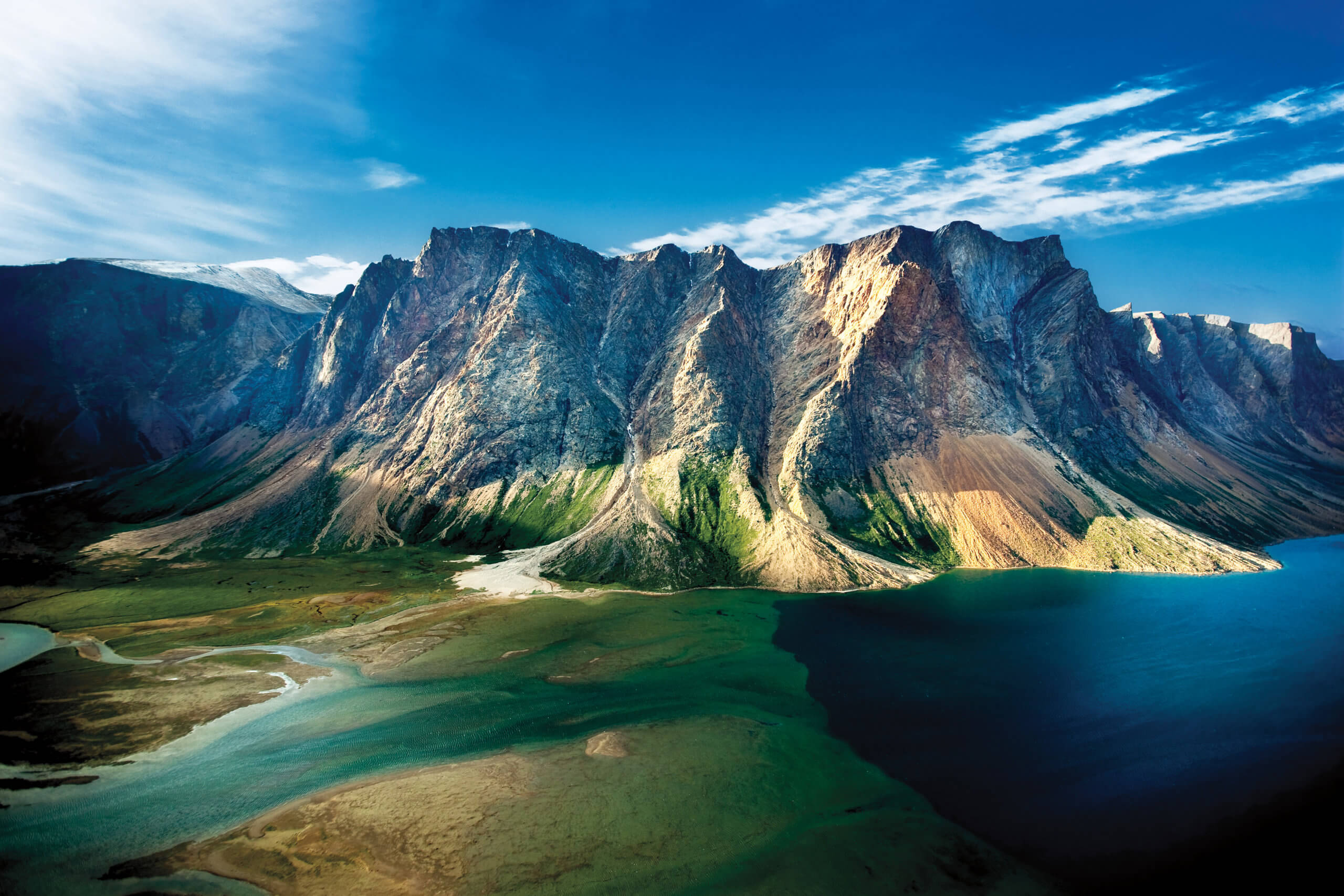 If you look at a map of Canada and run your finger up the curve of the eastern shore of Labrador, you’ll end up right in Torngat Mountains National Park. Located at the tip of Labrador, this remote stretch of wilderness is home to polar bears, dramatic scenery and an incredible Inuit-run research base camp.

Getting here isn’t easy, but its isolation is part of what makes this patch of Canada so desirable for adventurous travellers. Where are the Torngat Mountains?

This subarctic Torngat mountain range is the southernmost part of the Arctic Cordillera ecozone, which makes up large parts of Nunavut in the north and extends into Quebec in the east.

The Torngat Mountains National Park itself stretches north from the Saglek Fjord and takes up about half the tip of the Quebec-Labrador peninsula, with the mountains providing a natural divide between the two provinces in this northern section.

On the Quebec side of the peninsula is the Parc National Kuururjuaq, which houses the stunning Koroc River and a truly magnificent stretch of boreal forest in the river valley. At 9,700 square km Torngat Mountains National Park is by no means small — bigger in area than Banff, but slightly smaller than Jasper.

The park is characterized by the meeting of two very different landscapes: the aforementioned Torngat Mountain range, which has tall, jagged peaks and an otherworldly feel, and the George Plateau, a bedrock plain of wide river valleys. The gentle landscape of one only works to emphasize the starkness of the other.

And bringing it all together is the wild coastline where the cold Labrador Sea crashes into sheer cliffs formed by some of the world’s oldest rock. Large fjords — where rough rock faces hundreds of metres tall plunge into the ink-blue sea and giant icebergs float by — add to the drama. Life and culture of the Inuit

But there is more to the Torgnats story than just epic wilderness. The tall barren mountains hold within them the lives and stories of the Inuit, who have thrived in this land for thousands of years. Hundreds of archeological sites in the park show evidence of life dating back almost 7,000 years.

To visit the Torngat Mountains is to immerse yourself in the rich culture, history and warm hospitality of the Inuit. Torngat gets its name from the Inuktitut word Tongait, which means place of spirits. Before European contact, Inuit religion in this region centred around Torngarsoak, the most powerful of the Inuit spirits, who could grant prosperity in the form of good weather and plentiful hunts or punishing consequences such as storms.

The Inuit of today continue to have a strong spiritual connection to this landscape as the place where spirits dwell and work in equal partnership with Parks Canada to manage the national park that is their ancestral homeland. Set up on the outskirts of the park is the Inuit-run Torngat Mountain Basecamp and Research Centre. Operational during the summer months only, this incredible camp is the place from which to launch any exploration of the national park whether it be for research or adventure.

The base camp provides all the basics you would need: a variety of shelters, food, laundry, washrooms with hot showers, and medical attention if necessary. It is protected from roaming wildlife by an electric fence.

Guided excursions into the park — whether they be for day trips or overnight treks — can be arranged. Due to the high population of polar bears in the region, it is advised that travellers only explore with the assistance of an Inuit Bear Guard.

The evenings at camp are a social time, gathering around the fire to share stories, learn more about the lives of the dedicated people who run the camp each year and the researchers who come here to study the landscape. Nighttime sightings of the Aurora Borealis are also frequent. Polar bears and other wildlife

At first glance it may seem that the Torngat Mountains landscape is just jagged mountains and barren lands, but the stark environment is actually home to a wide range of wildlife. Polar bears are at the top of the food chain here, roaming the landscape freely, hunting and swimming between the numerous tiny islands.

But there are also herds of caribou that come into the park during the spring and summer, as well as black bears, wolves and both the red and arctic fox. Smaller creatures such as arctic hares, lemmings and voles are also present. In the sea, you’ll find whales and seals. Dozens of birds arrive to breed here, including some species at risk.

The Inuit, of course, know the animal migrations, habitats and behaviour well — having lived off the land in these extreme climates for millennia. The value of having a local guide cannot be emphasized enough. Landsby can help you explore Canada

Need help planning a once-in-a-lifetime Canadian trip? Reach out to our team for expert travel planning and itineraries that focus on immersive experiences.

The word Landsby comes from the Nordic word for village and that’s our goal here at Landsby — to support Canadians, to showcase amazing places, to bring people together, to build a village.

One thought on “The Untamed Wilderness of Labrador’s Torngat Mountains”